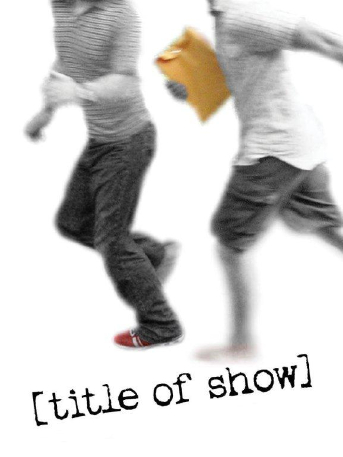 This surprising, highly unlikely and very successful musical is an Obie Award-winning and Tony Award-nominated love letter to Broadway and musical theater. Hunter and Jeff are ambitious, young gay men with bad taste in television and brains just leaking Broadway trivia. With their theater careers stagnant, they set out to write their own musical for a theater festival. In the span of 90 frantic minutes they create their own show and learn about themselves as people, friends and artists. A hysterical, irreverent and sharp-as-a-tack look at the world of musical theater. Recommended for adult audiences.

We regret children under five years of age cannot be admitted to any performance.